The original harbour station was opened in 1850, following the purchase of Folkestone Harbour in 1843 by the South Eastern Railway Company from the bankrupt Folkestone Harbour Company. A branch line had been laid down the steep slope from Folkestone Junction Station above the town, and across the harbour viaduct, to meet boats heading off to Boulogne and Calais. This was the world’s first international timetabled rail-sea-rail service, linking London to Paris in 12 1/2 hours (including 1hr 45mins at sea) – a time that would be quickly cut down – waving passengers off on grand tours of the continent and exotic journeys on the Orient Express, and greeting new arrivals to Britain. It was also a hub of trade with goods such as coal, gold and wine passing through.

Major reconfiguration of the harbour in the 1890s, including the extension of the Harbour Arm pier to accommodate larger boats in deeper water, saw the construction of a new station, one that followed the tight curve of the tracks as they ran along the quayside and into the dock area. Sometimes referred to as ‘Platform 3’, it was linked to the existing station by a footbridge. In 1900 around 200,000 passengers used Folkestone Harbour; this number had already grown to around half a million a year by 1911. 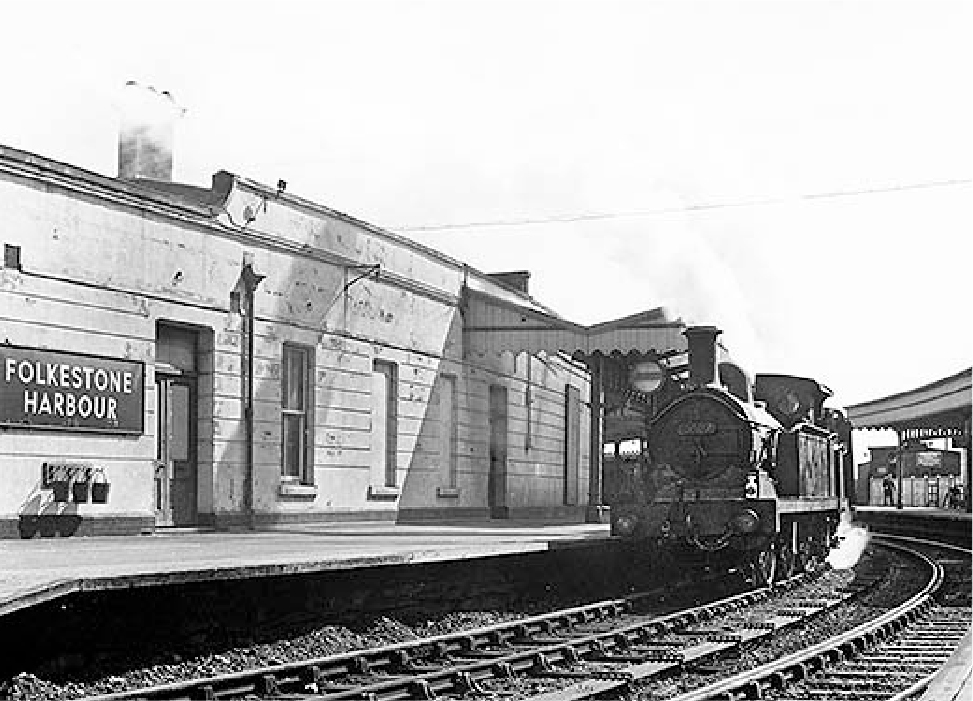 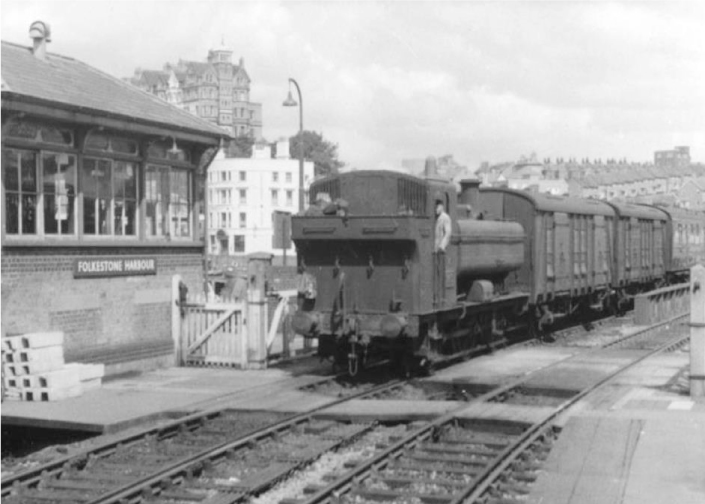 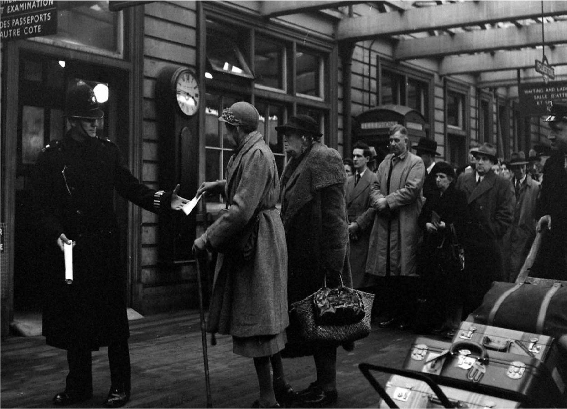 During the First World War, the station was given over to use for troops and supporting freight. So many soldiers left from Folkestone Harbour that it became known as the ‘gateway to the trenches’ – an estimated 9,253,652 British officers and men, 537,523 allied troops, and 846, 919 Red Cross and other workers passed through, and more than one million tonnes of freight. A visitors’ book kept by the Harbour Arm’s Mole Cafe, which served teas to those soldiers and statesmen about to board boats to the Front, records the signatures of 42,000 men and women – including Winston Churchill and Arthur Conan Doyle. Folkestone also welcomed around 116,000 Belgian refugees, approximately 15,000 staying in the town.

The station has many more stories to tell from its 170 year history: the First Great Train Robbery of 15th May 1855, when gold bound for France was stolen from the London to Folkestone train, was discovered to have been an inside job involving a harbour employee who had copied carriage keys; Queen Victoria made her last foreign visit via Folkestone, travelling to Boulogne on 11th March 1899; and in December 1915, infamous spy Mata Hari was apprehended by the Secret Intelligence Service while attempting to board a ship to France.

The harbour’s fortunes dwindled towards the end of the 20th Century, the goods yard finally closing in 1968, and competition from the Channel Tunnel and the end of duty-free shopping trips leading to the termination of the regular ferry service in 2000. But Folkestone continued to serve the Venice Simplon Orient Express until 2009. When the last passenger train ran on 14th March 2009, local people turned out to watch it pass. The line was formally closed on 31st May 2014. Fenced off to the public, the station became derelict. Ironwork rusted, the canopy broke and fell away, the track became overgrown and the structure unsafe.

Listen to original platform announcements (circa 1961-1963) courtesy of Andy Briggs: 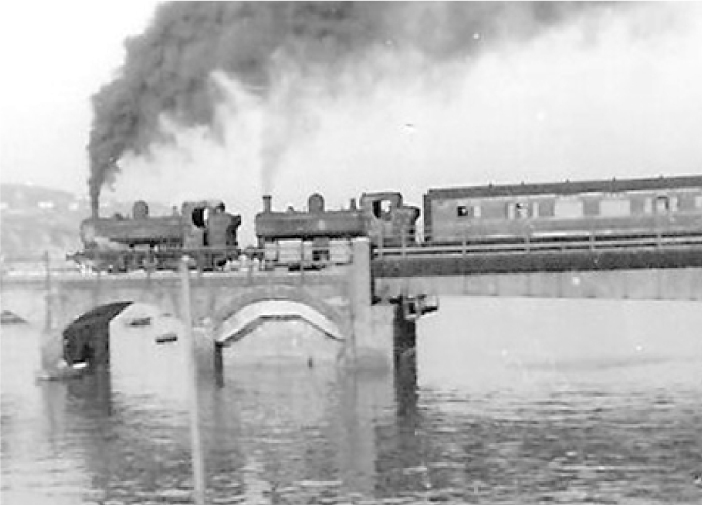 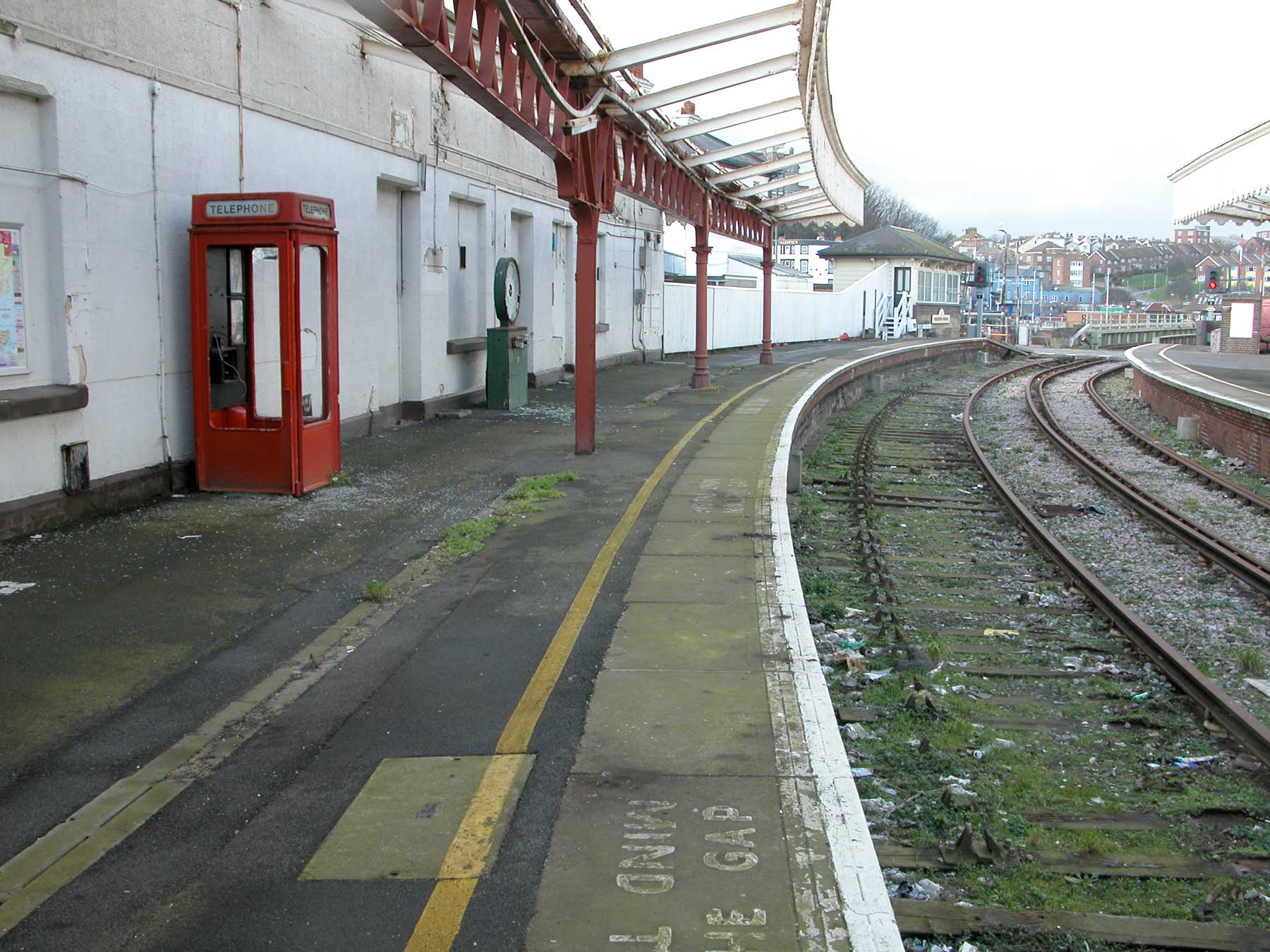 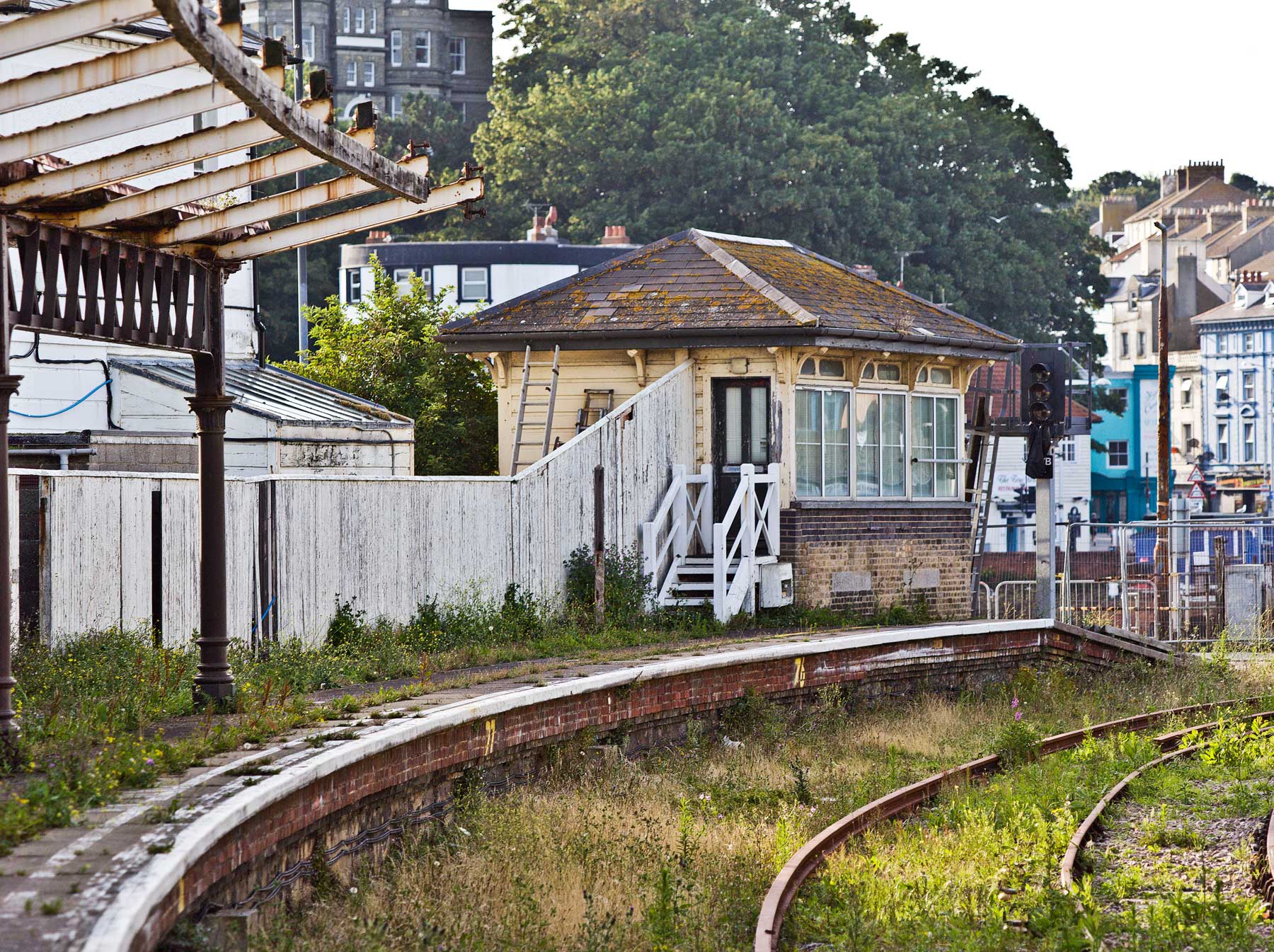 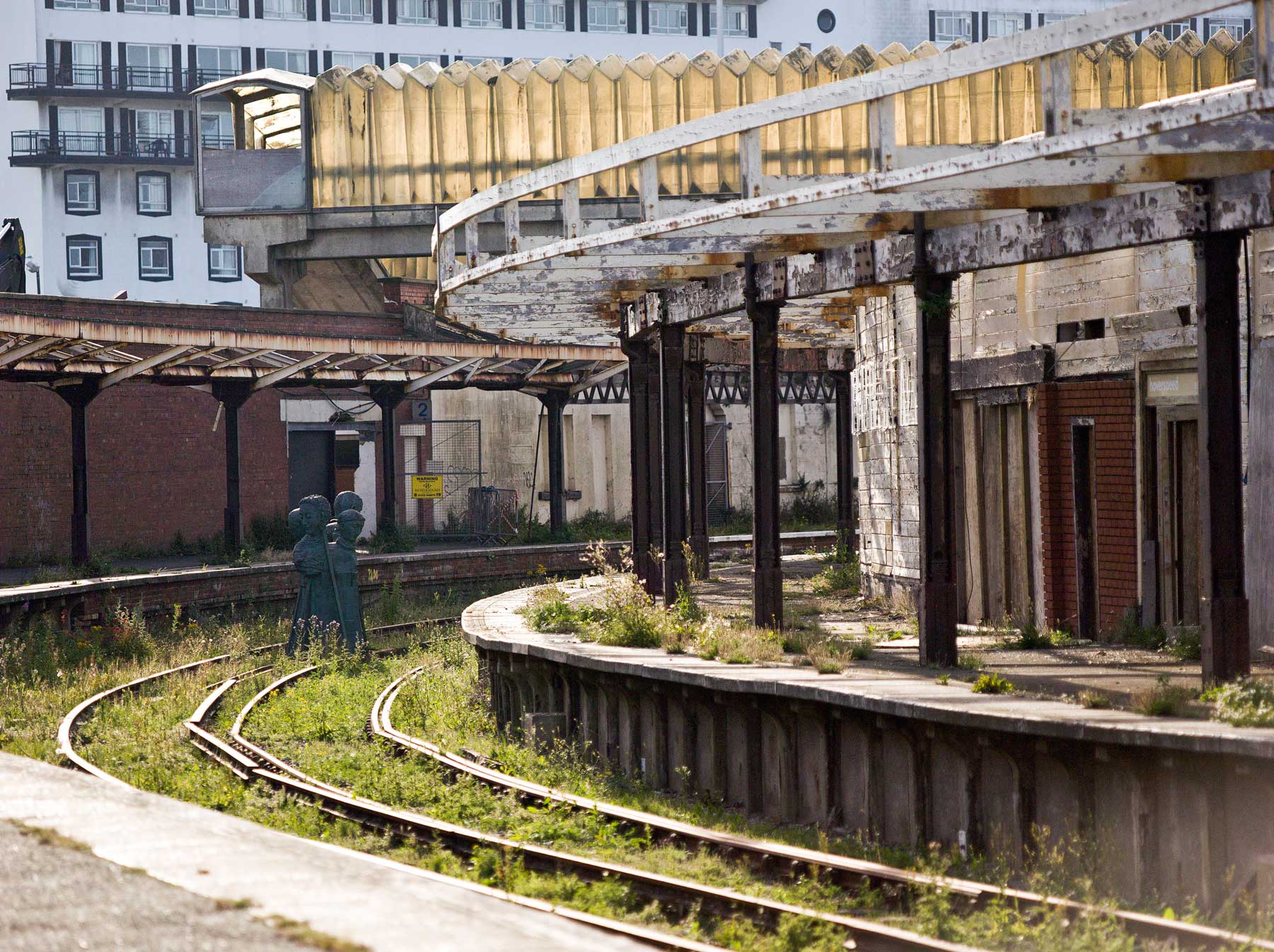