The Pier Head Lighthouse was built between 1897 and 1904 as part of the widening and extension of the Outer Pier (the Harbour Arm) to allow larger boats to dock outside the shallow harbour.

It is not the first signalling device to have graced the harbour. Before the pier’s extension, a lighthouse built in 1847 had stood at what was then the head of the pier. In addition to the lighthouse, ships were also advised of harbour and water conditions by the flying of flags from a flagpole on the south pier at the harbour entrance.

The Pier Head lighthouse is a simple, pale granite tower two storeys high, raised on a low granite plinth, topped with a metal and glazed lantern and a weather vane. In 2008 it was selected for Grade II listing by Historic England who noted its ‘elegant design’, ‘quality of materials and craftsmanship’, ‘prominent use of polished granite’, and ‘largely intact exterior and setting’. The listing also comments that it ‘compares well with other listed examples of late-C19 lighthouses’.

The lighthouse is tucked into the pier wall at the base of a curved flight of granite steps. Here a polished red granite plaque commemorates the founding of the lighthouse: ‘This pier was commenced by the South Eastern Railway Company on 28th January 1897 and completed by the South East and Chatham Railway Company on 12th July 1904, Coode Son and Matthews Engineers, William Rigby Contractors.’ 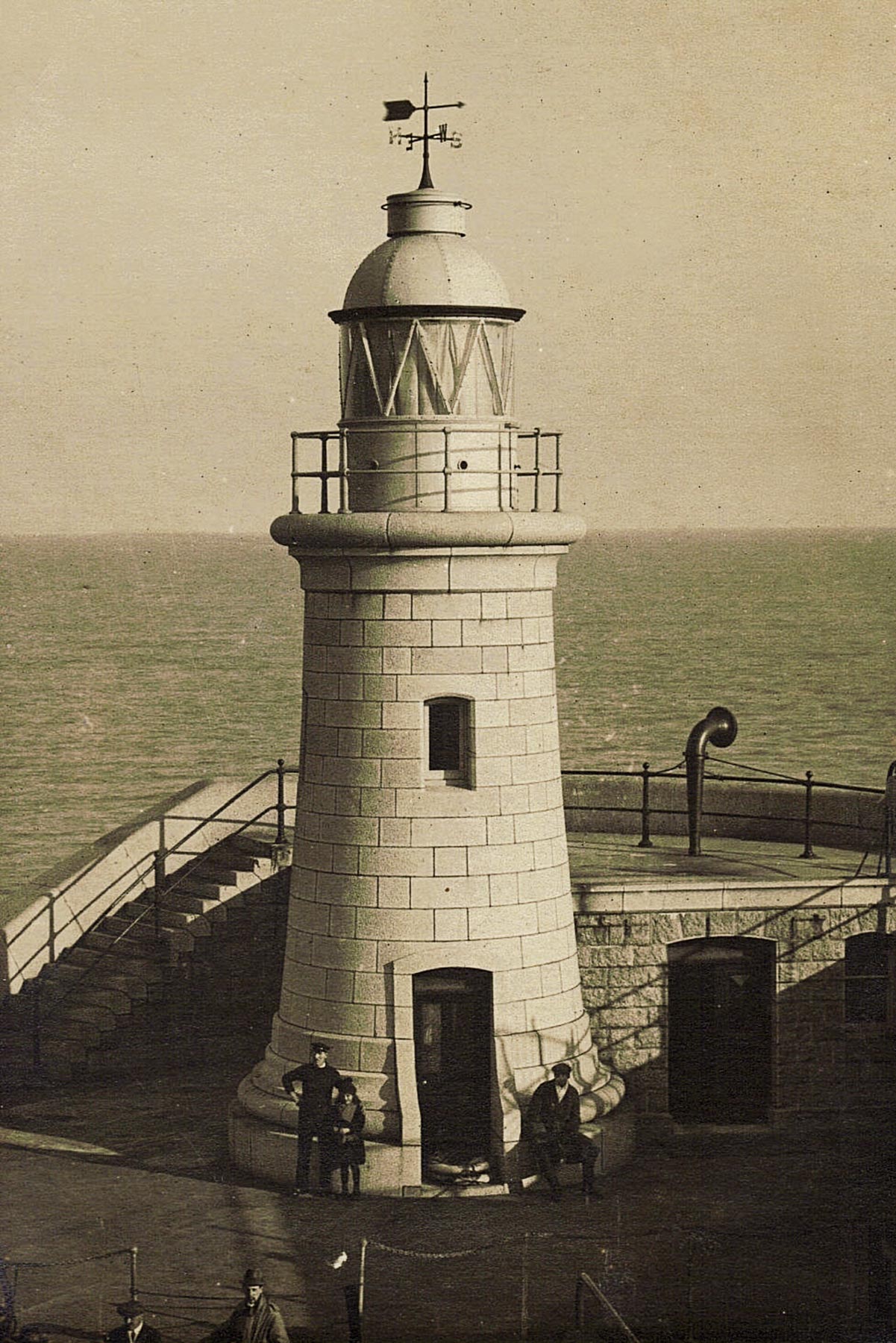 By 2001, the demise of the harbour meant that the lighthouse was still functioning but in poor condition. The ironwork had rusted and the panes of the lantern had been smashed.

An initial restoration was carried out in 2010 by John Ridley, a civil engineer who had worked on the harbour for a number of years, commemorated with a plaque. Further work was carried out by the Folkestone Harbour & Seafront Development Company between 2014 and 2016, replacing rusted ironwork, repainting the metal dome, doors and windows, shot blasting the stonework to clean it, restoring the weathervane, overhauling electrics and installing a new specially made glass dome to protect the light and its workings.

The revolving light still signals to ships to alert them to the Harbour Arm, but the beacon- and-reed type foghorn that once accompanied it has now been removed. 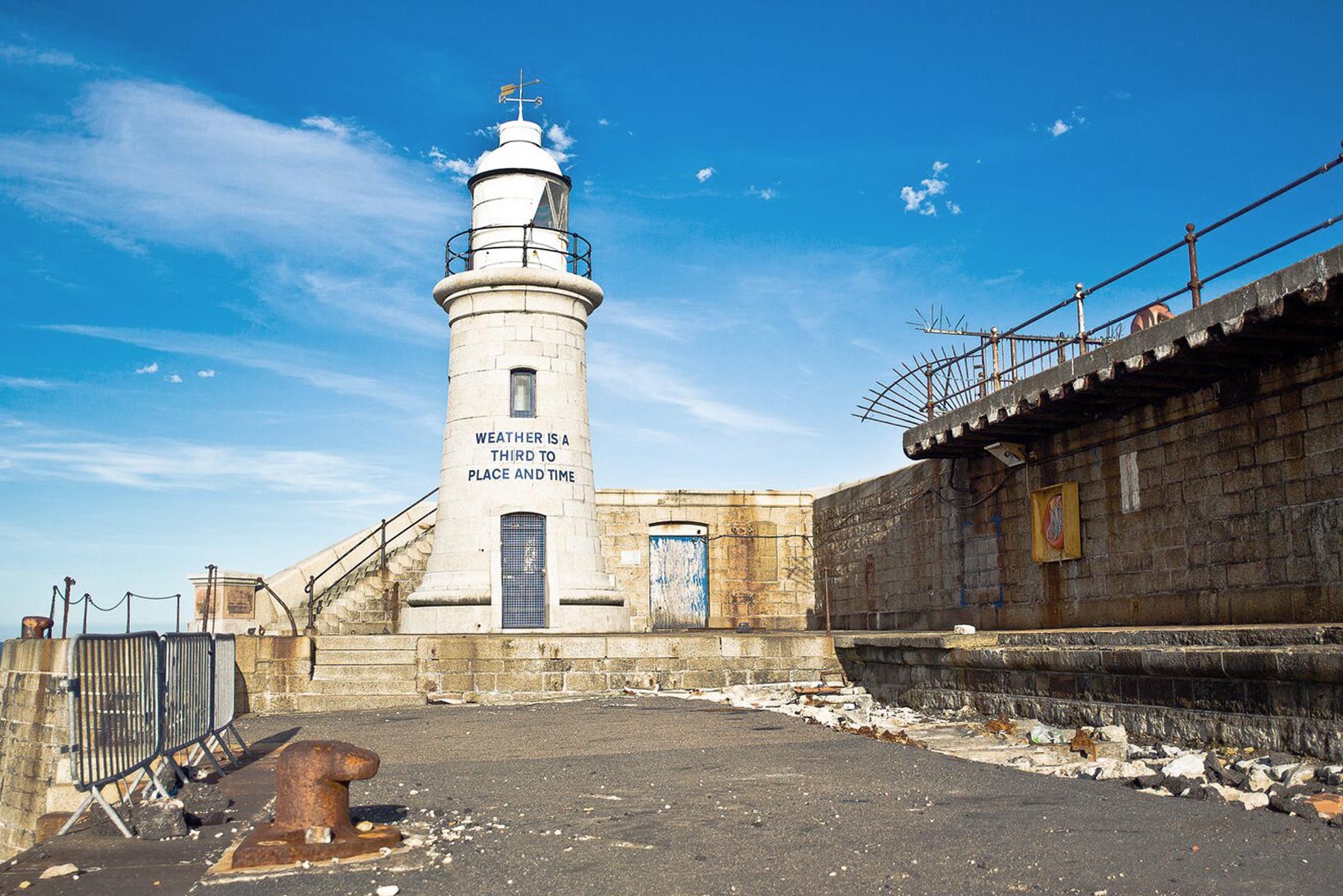 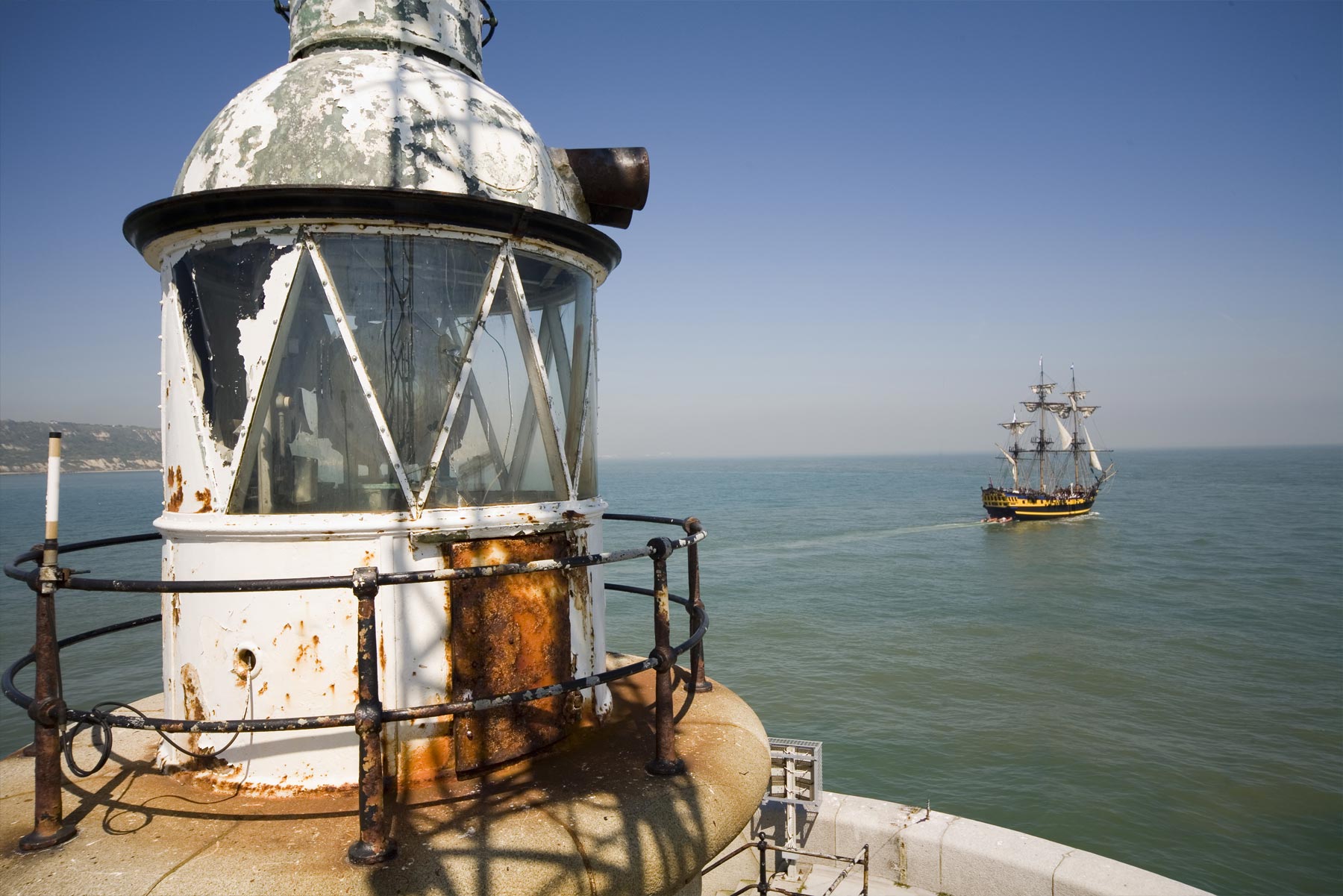 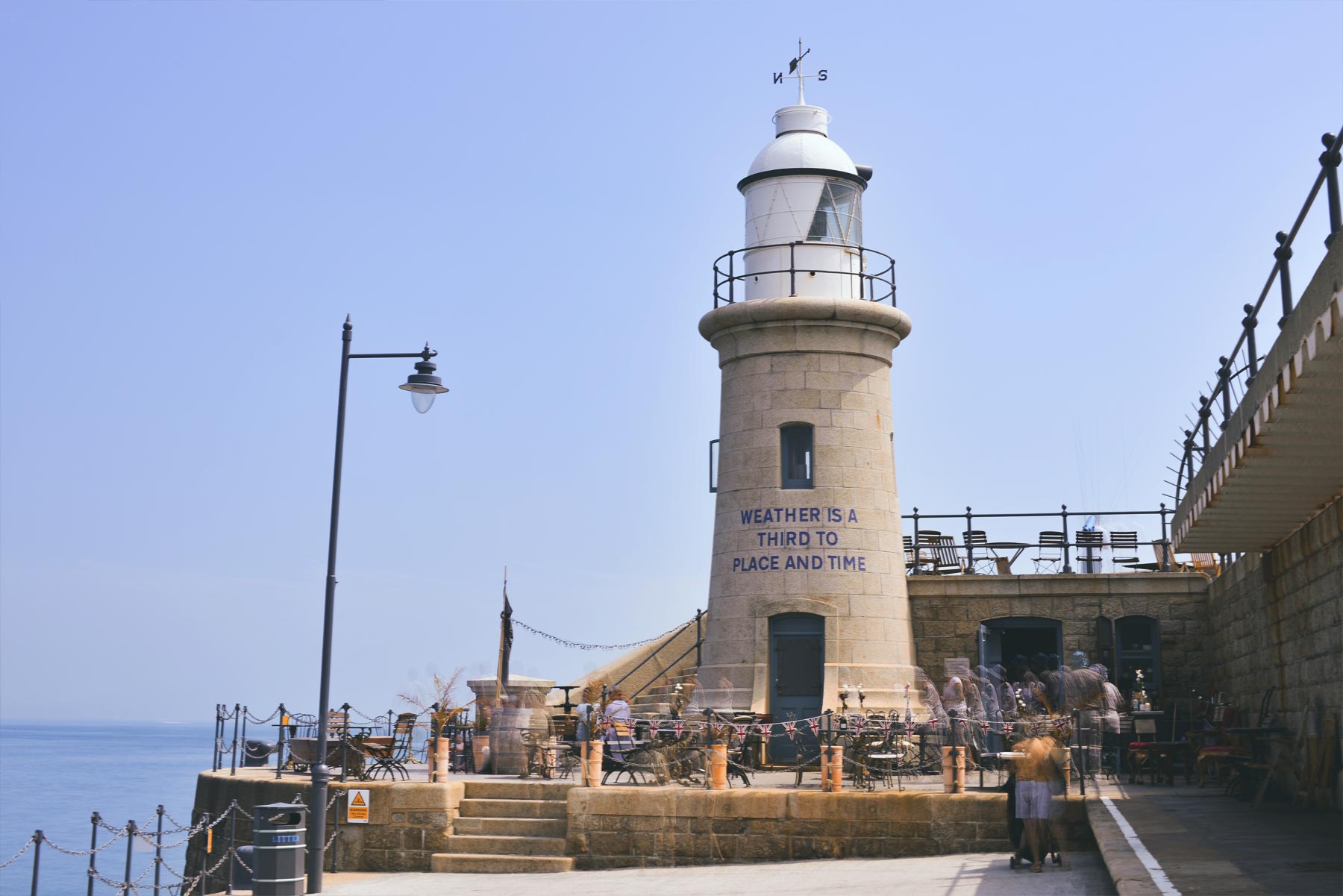