Gateway to the trenches

During the First World War, Folkestone Harbour was one of the main ports of arrival and  departure for servicemen and medical personnel. So many soldiers left from Folkestone Harbour that it became known as the ‘gateway to the trenches’ – an estimated 9,253,652 British officers and men, 537,523 allied troops, and 846, 919 Red Cross and other workers passed through, and more than one million tonnes of freight. In return the town received the wounded and those displaced by war, welcoming more than 100,000 refugees from Belgium, many of whom were accommodated in the town’s guest houses and hotels.

Halfway along the pier, just before the elbow of the Harbour Arm, was the “Mole Café”, run by local sisters Margaret Ann and Florence August Jeffery, and Mrs Napier-Sturt, serving free tea, cake and buns to servicemen and Red Cross workers heading to the Front. A visitors’ book kept by the sisters holds the signatures of those who passed through, including statesmen such as Winston Churchill, David Lloyd George and King George V, filling eight volumes with 42,000 names. It is available to view online here thanks to the charity ‘Step Short’, who also reproduced the cafe in the same spot between 2014 and 2018.

Although the harbour’s railway station was closed to the public, commercial shipping continued during the First World War, albeit with the loss of several boats: HMHS Anglia, requisitioned for use as a hospital ship, was sunk by a U Boat mine just a mile off the coast in November 1915, with a loss of 134 lives. Conversely the wrecks of several U Boats sunk by the Allies still lie nearby in the Channel. 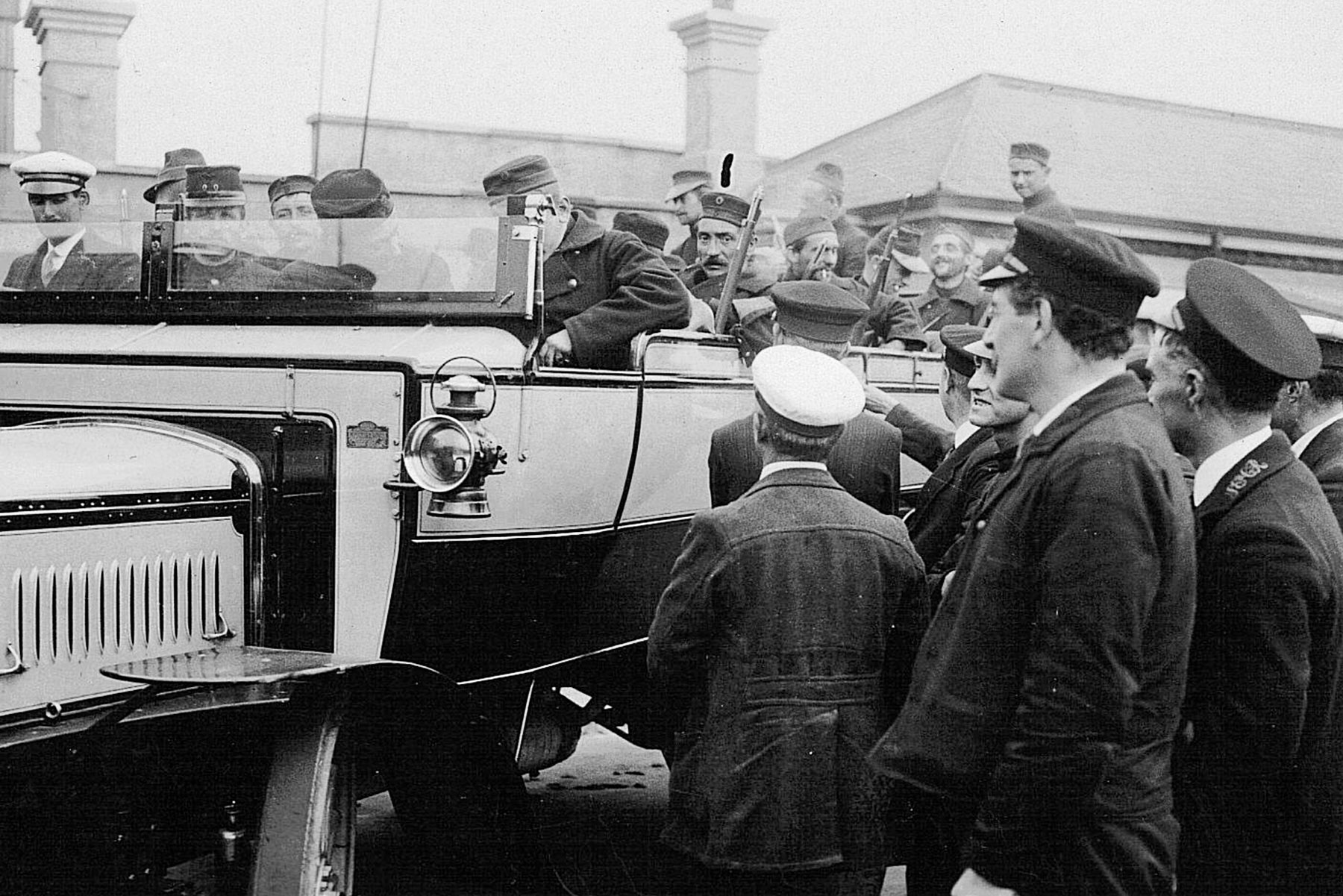 During the Second World War, boats based in in the harbour assisted with the Dunkirk evacuation of 1940; over the nine-day period, an estimated 35,000 troops and 9,000 refugees were landed in Folkestone. For the duration of the war, commercial traffic was suspended and the harbour heavily fortified, with a tramp steamer scuttled across the Harbour Arm to prevent other boats landing.

Needless to say, the harbour was also a target for air raids during the Second World War, resulting in the heavy bombing and loss of buildings, including the majority of the Customs House built in 1858/9.

Both wars remain part of Folkestone’s living history. A Grade II listed 1922 First World War memorial by sculptor F.V. Blundstone stands at the head of the Road of Remembrance, the steep slope down which thousands of soldiers marched to their embarkation at the harbour, now festooned with crocheted poppies. More recently, in 2014, Step Short erected the dramatic stainless steel arch on the Leas to commemorate 100 years since Britain joined the First World War. Further along the Leas, at the top of the Zig-Zag path, is Mark Wallinger’s artwork ‘Folk Stones’, which represents in individually numbered pebbles the 19,240 British men killed the first day of the Battle of the Somme. 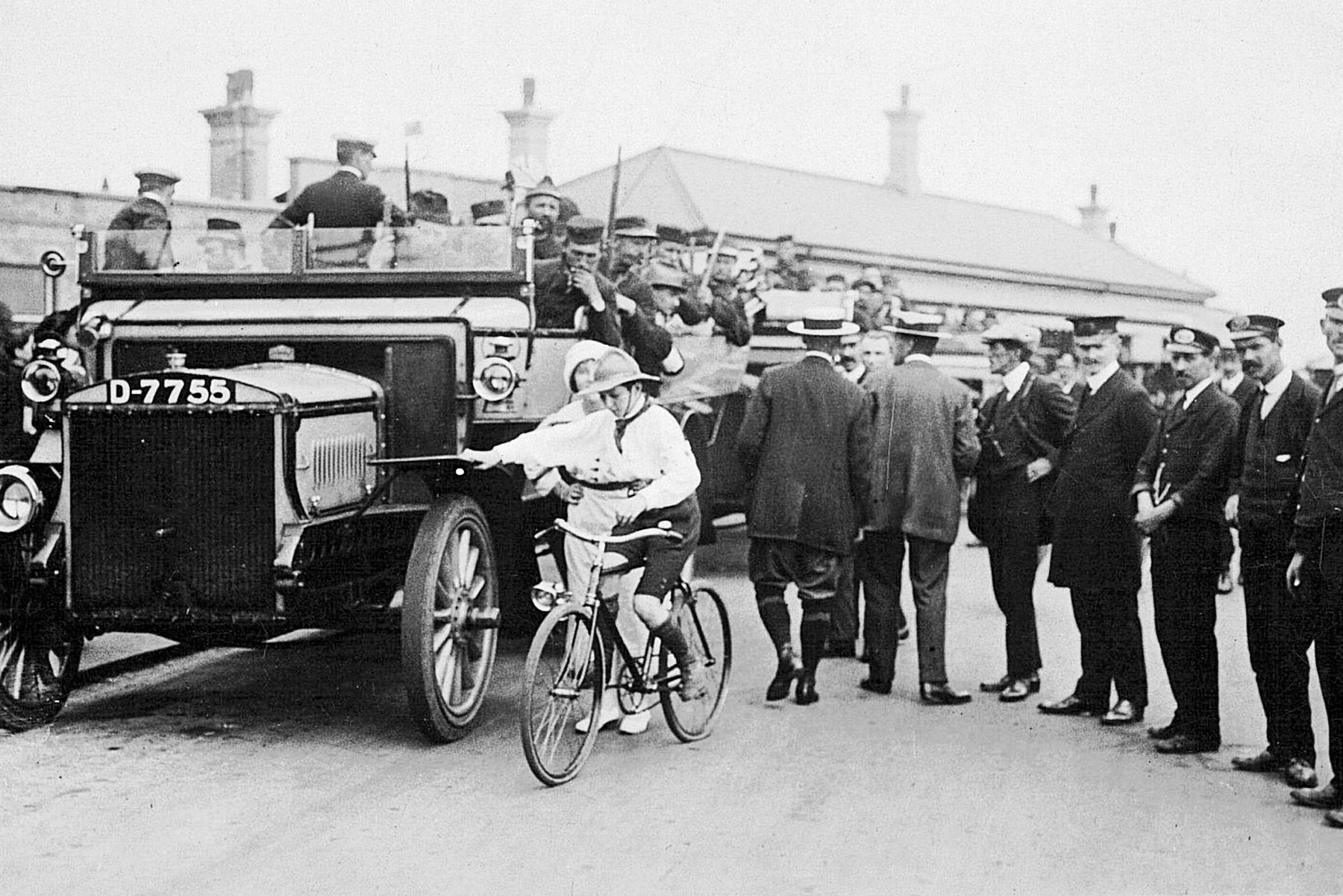