Regeneration of the Harbour

Despite ferry services resuming in 1946, the harbour’s fortunes dwindled in the second half of the 20th century despite a major investment in 1970 to introduce new ferries and the roll on-roll off vehicle service. Competition from the Dover to Calais route and the opening of the Channel Tunnel in the 1990s made Folkestone, and its relatively shallow harbour, always difficult to access because of the large ebb and flow of the tide and therefore uneconomical to run. Ferry services ceased in 2001 and the associated buildings on the Harbour Arm fell into disrepair.

Following the acquisition of the harbour in 2004, a team led by Sir Roger De Haan set about investigating how best to regenerate the site and its main structures. The multi-million pound renovation of Folkestone Harbour Arm was the first major step towards a new, inclusive future for the harbour that opens it up to the general public for the first time. By converting the spaces along the pier into small independent bars and food outlets, the Harbour Arm has become the town’s new social hub.

Careful and intensive work has respected the site’s heritage while alleviating damage caused by decades of neglect and persistent battering from storms. Granite stonework has been cleaned and the covered area along the platform has been renovated and re-glazed. Light columns have been replicated and where possible materials have been reused, such as the paneling in the waiting room.

The Harbour Arm is now known for its independent bars and eclectic range of food outlets, housed in the old platform buildings and additional shipping containers – pintxos, burgers, ribs, microbrewery and bakery, pizza. Notably, a champagne bar is now housed in the Grade II-listed lighthouse at the pier head. Subject to weather conditions, the quayside buzzes with activity and many visitors come to enjoy live music or alfresco dancing on a sunny afternoon. However there’s also room for quiet contemplations, whether fishing off the upper walkway, strolling out to the lighthouse, or resting on one of the specially made benches to drink in the views.

To find out more about what’s happening on the Harbour Arm, visit folkestoneharbourarm.co.uk 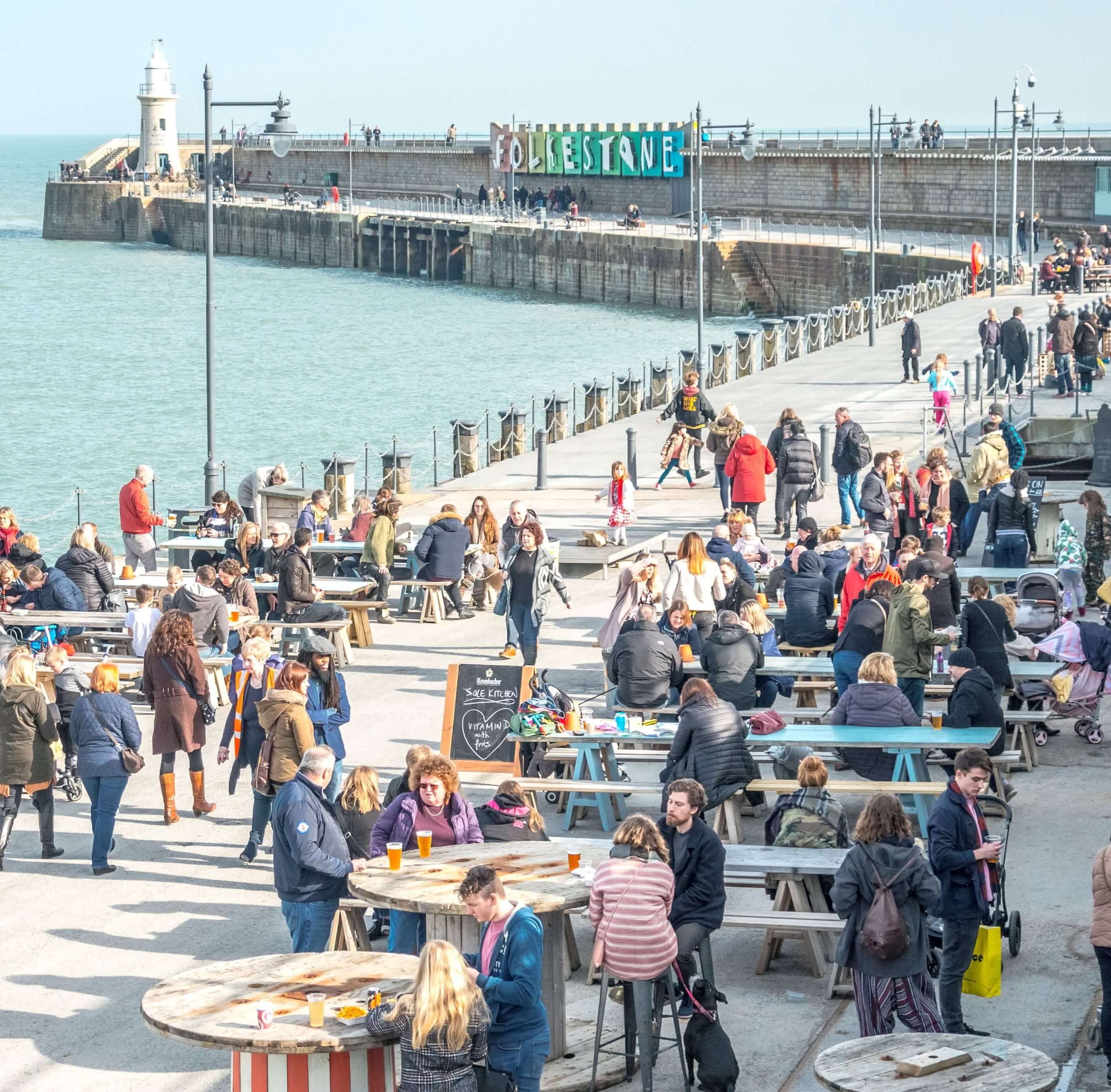 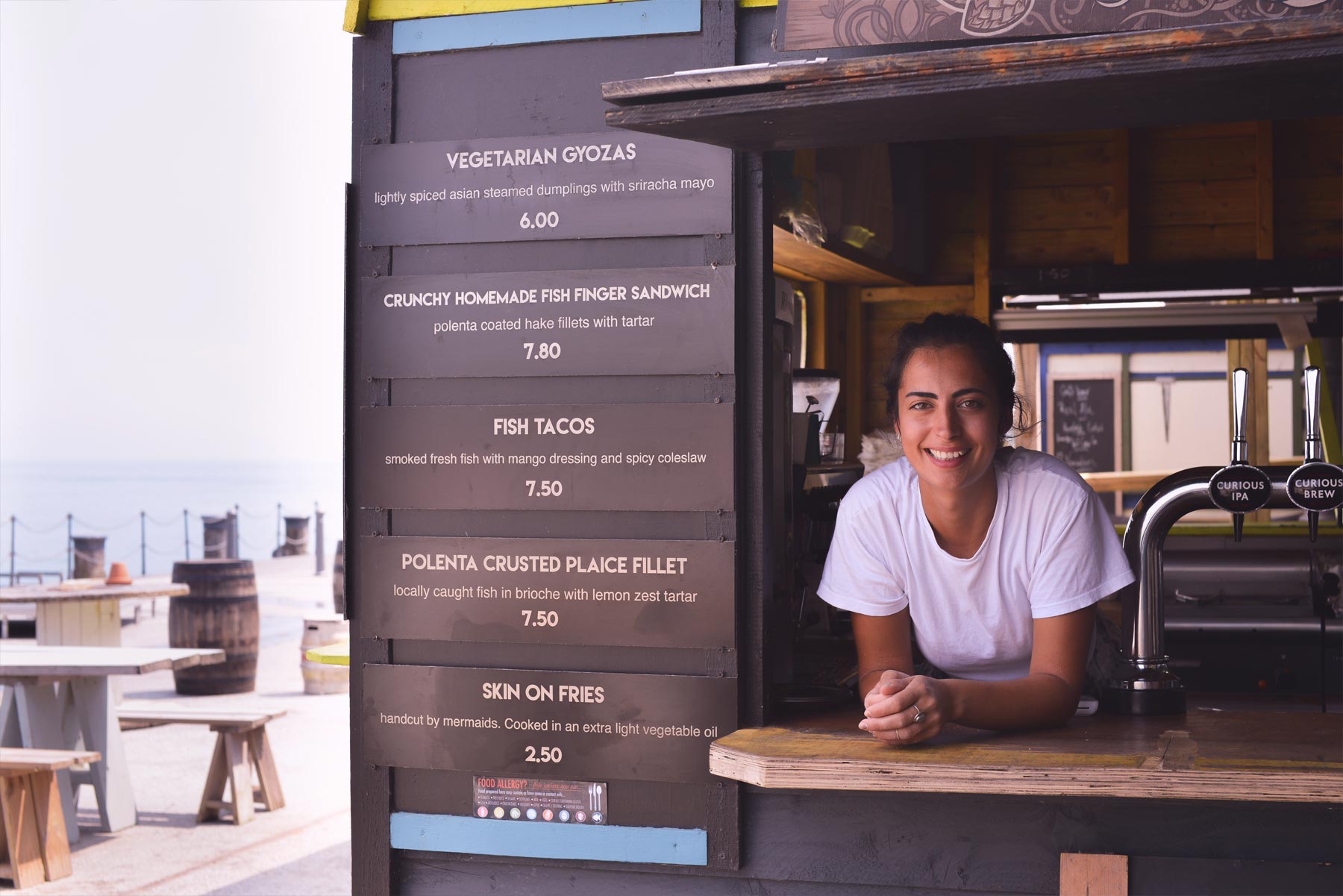 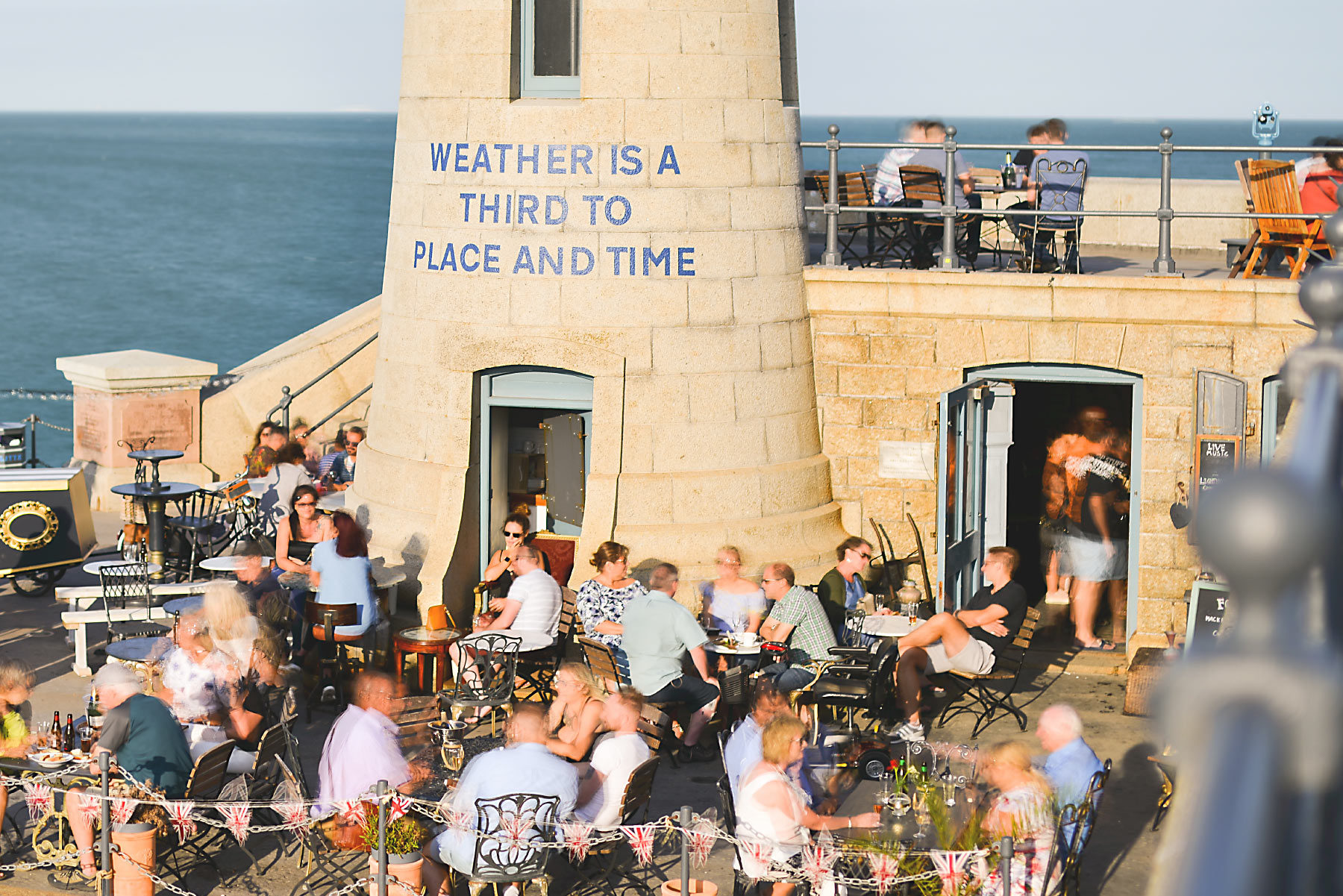